"After being bullied for a small 14 years during my youth and a slow process of finding and accepting myself, plus a wide interest in a lot of things, I came across naturism 10 years ago. A lot of things naturism is about, like respect people, animals & nature were one of the main reasons. I knew it was practiced mostly in the nude, but since I already accepted myself for who I was at that time, the being nude wasn’t really a problem for me.

So I jumped right in and joined a very good friend, which is also naturist and a second mom to me, to naturist resort Flevonatuur in the Netherlands. From the first second I arrived there it felt like home coming and my missing puzzle piece was found.

My interest in naturism grew and developed a lot these last 10 years, but not only that changed a lot. I think the biggest change in my life was my point of view at life. We are living in an era where time is money and money and status is more important then people. People that need help are left behind, people that don’t need help are overwhelmed with stuff they don’t need but also don’t decline. Don’t get me wrong, I’m a people person, I love people and I’m interested in them. The real them. It’s just the way people act these days what annoys me. The negativity and hate that’s in them lately. Open a news website and read the comments at stories that have the subject immigration for instance. So much hate to people they don’t know, they don’t know their story, their history, their motivation nothing. They just spill their guts on social media without even thinking or reading what they’re saying. I blame modern media for the most part of this by spreading fear and false information. But that’s no excuse for turning of your brain and just typ the most negative things you can think of.

In the end it’s all about giving and receiving respect. I always

When you look at naturists, there’s a lot of respect between them. They don’t judge people by what they represent but by who they are. And even then it’s not really judging. Live and let live. They literally know everyone is the same because there’s nothing they can hide. Not even theirselves cuz when you’re at a naturist resort or a nude beach, yourself is all you have to offer. There’s no rich or poor, no success or fails. But there is a Paul or a Jenny, a Rick or a Samantha. There are just persons. Real persons. Living persons. With a suit named skin. And that skin, no matter what color it is, is the same for everyone and everywhere. A female nipple isn’t any different then a male nipple, tho male nipples are accepted in public while female nipples aren’t. I talked with a lot of people about that, male and female, and the majority of the people that are against public female nipples give as reason that ” it’s sexual “. Well no it isn’t. They’re put there for a reason, feeding your children. And yes I know it’s an erogenous zone aswell but so are ears. You wanna cover up ears aswell? The point I’m trying to make is that the world isn’t as black and white as you might think.

I’m posting this and as you probably already noticed you can see my butt ( funny fact: did you know my butt is made out of the same cells and materials as the rest of my body? It’s really true, look it up ). Facebook is a very strange medium. ( Sidenote: When I wrote this it was a Facebook post first ) You can post violence, wars, blood, animal cruelty, filthy words, etc. but what you can’t post is skin that usually is covered up. Pictures of breastfeeding were removed and called ” sexual content “. This is the world we live in today. It’s okay to show which awful things are taking our lives, but it’s not okay what kept us alive the first most important period of our life.

I’m not asking you to agree with me, I’m only asking you to love yourself for who you are. I’m not saying I never made a mistake or that I know what’s best for you. I’m human, surely I do make mistakes and I don’t have the wisdom to say how you should live your life. What I do know, is how you could make it easier for yourself on this big planet and more enjoyable. We’re at a moment where the world needs more love and what a great way to achieve that in the first place by loving yourself. Also I’m asking you to think before you speak, especially on social media. I know the anonymity makes it easier to say things you would say offline but that doesn’t justify it.

Don’t judge people before you talked with them. Or even better, don’t judge them at all. Embrace your body, it’s the only one you got. Don’t like your job? Switch jobs. Don’t like your friends? Make new ones. I know it sounds very easy. It’s not. But when you do it, it’ll make your life so much easier. We’re born without judgement. Without hate. Without shame. These are all things that are taught to us. Only question you have to ask yourself is do I really wanna spent my time on earth trying to live other people’s lives or do I wanna live my own life before it’s over. So step outside that box and make a change. For yourself, for your surrounding and for the sake of this world. It’s the world we leave behind for our kids. Don’t let them pay for our stupid mistakes and narrow thinking. There’s more inside you then you think. Embrace it, don’t care what other people will think or say because in the end you’ll see that it doesn’t matter what others think about you. It’s about what you think about yourself. Love yourself like I love myself. I know you can do it. " 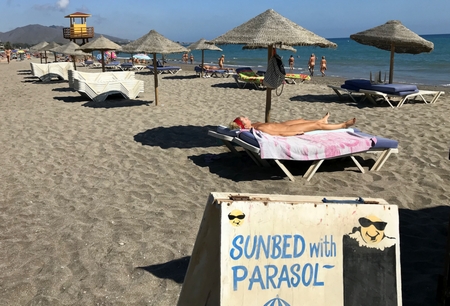 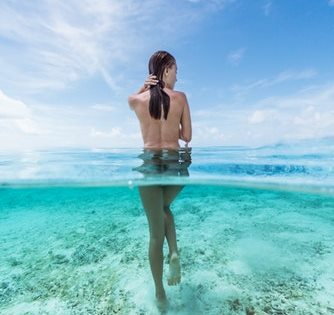 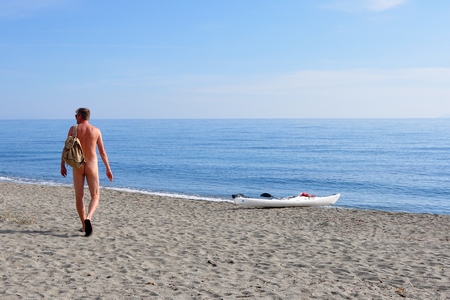